Are Trump's condo building values in South Florida dropping faster than the rest of the market?

Since South Florida is home to several Trump condominium properties, many have wondered how the Trump’s performance as President may be affecting real estate sales in those properties. To quell our curiosity, we set out to find out how those properties have fared in the period since Trump was elected President. Using data sourced from MLS 2019/8/14 we evaluated sales in Trump condo properties between January 2017 and August 2019.

Our evaluation focused on properties located in the 33160 Sunny Isles Beach area, and did not include Trump condos in Hollywood (33019) and West Palm Beach (33401). Our analysis was further limited to waterfront properties built between 2003 and 2010 which are the years the Trump properties were all built, so we would have an apples to apples comparison. We focused on 2-3 bedroom properties, as this reflects the majority of properties sold during the period of evaluation.

How have Condo sales in Trump Properties fared since 2017?

While the number of properties evaluated is small and market variances may affect insights, judging from these comparisons, it appears that Trump’s presidency has had more of a positive than negative impact on sales of condos, as his properties are faring better in the market than non-Trump properties in the same area. 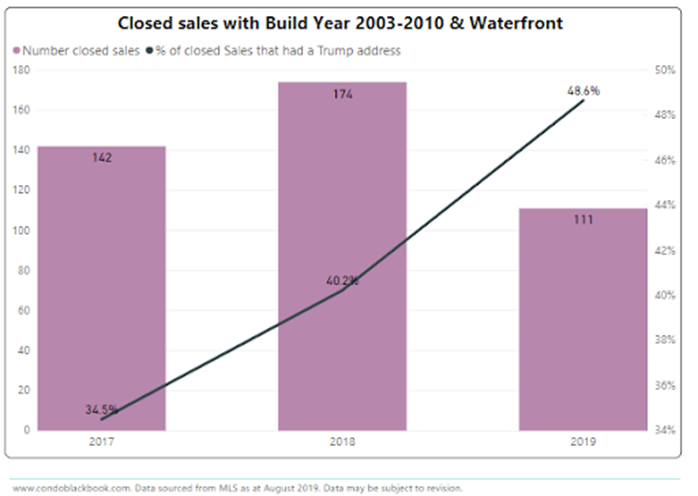 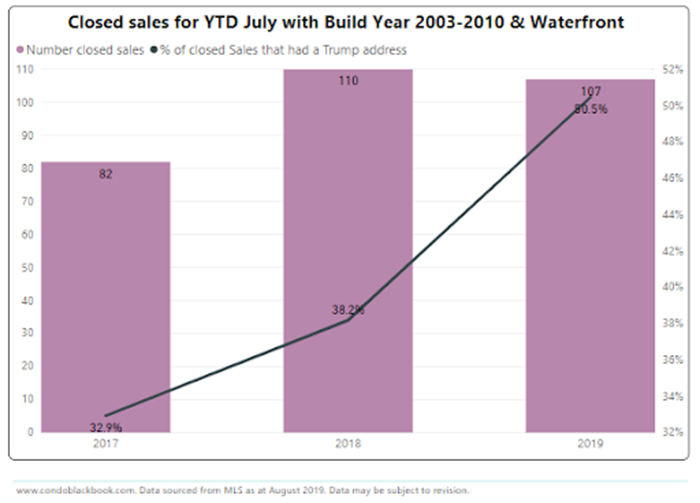 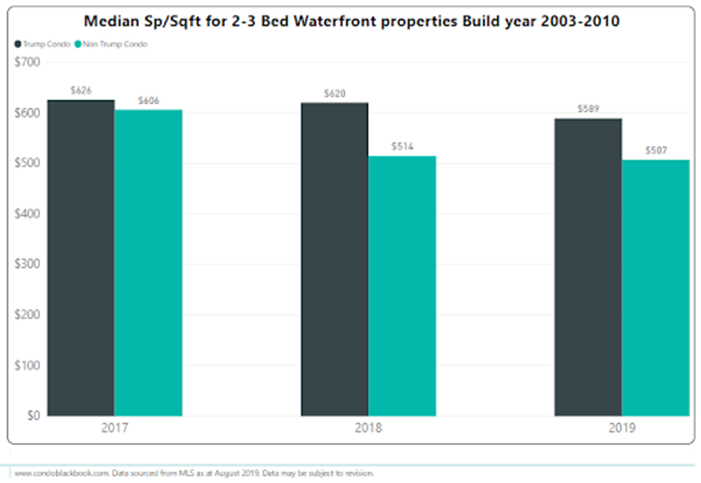 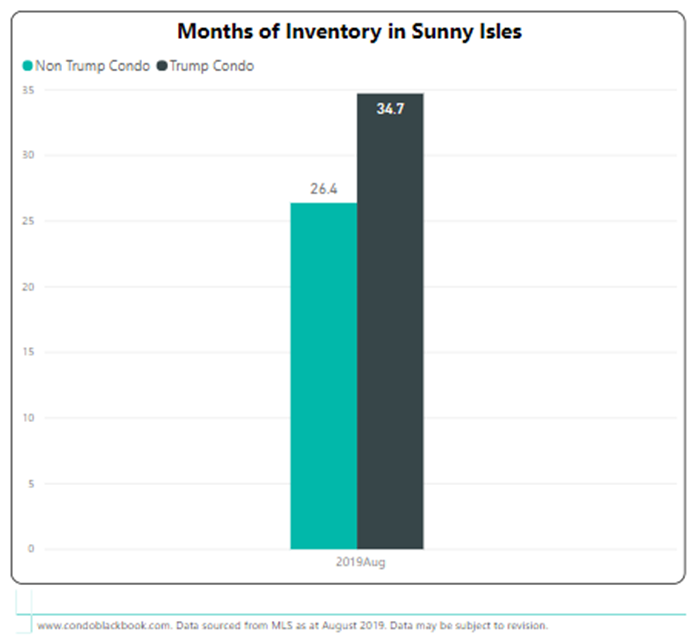 If you would like to verify or run your own numbers, we have made the source data available here.