It all started with the Superbowl last year! As the NFL championship came to Miami in 2020, it brought along a flurry of celebrity buyers who wanted to move to Miami and make the Magic City home. From chart-topping music artists to sports stars and more, the list of A-listers kept growing through the year, regardless of the pandemic. In fact, the desire for bigger spaces, waterfront living, ultra-luxury amenities, and a lifestyle that offers ready access to the outdoors year-round had the likes of Pharell Williams wanting to quarantine themselves in their latest purchase.

As you read below, you will discover that for some of these celebrities, a new Miami estate only meant a return home (like Jennifer Lopez), while for others it was their very first time owning in the city (like David and Victoria Beckham). Here’s looking at the Top Celebrity Buyers of 2020 that purchased an estate, single-family home or condo in Miami: 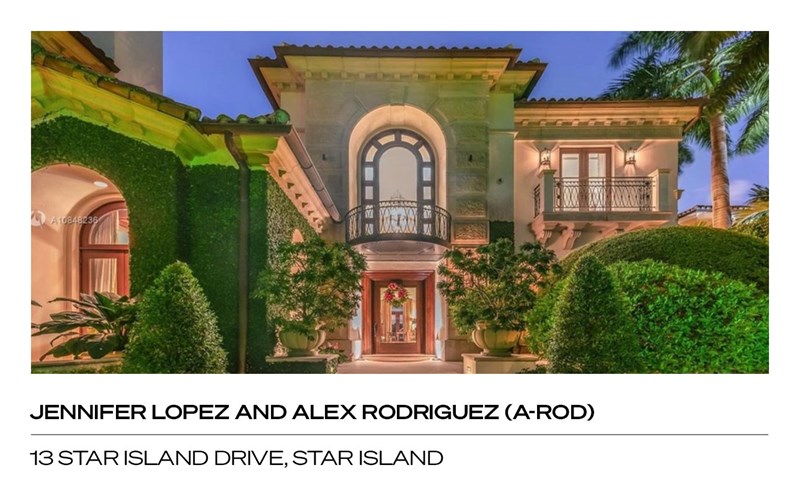 Who: Ivanka Trump and Jared Kushner

What: 1.8-acre waterfront (empty) lot with 200 feet of water frontage 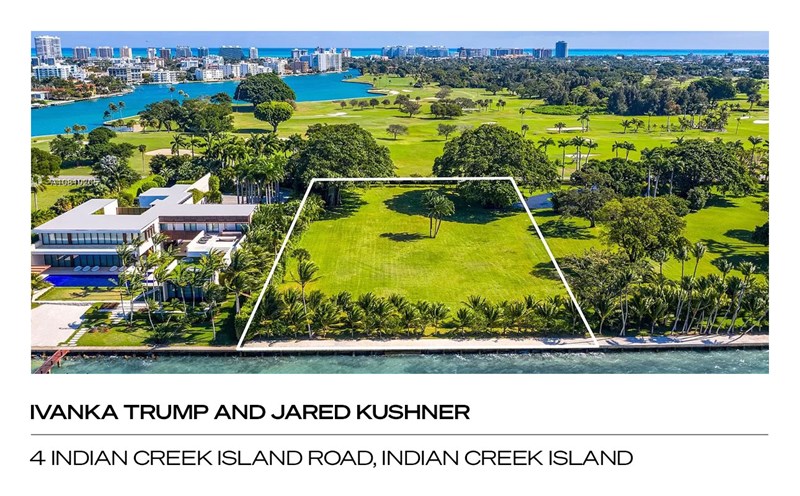 Who: Tom Brady and Gisele Bündchen

What: Waterfront lot with teardown property on which will be built a brand-new, environment-friendly mansion 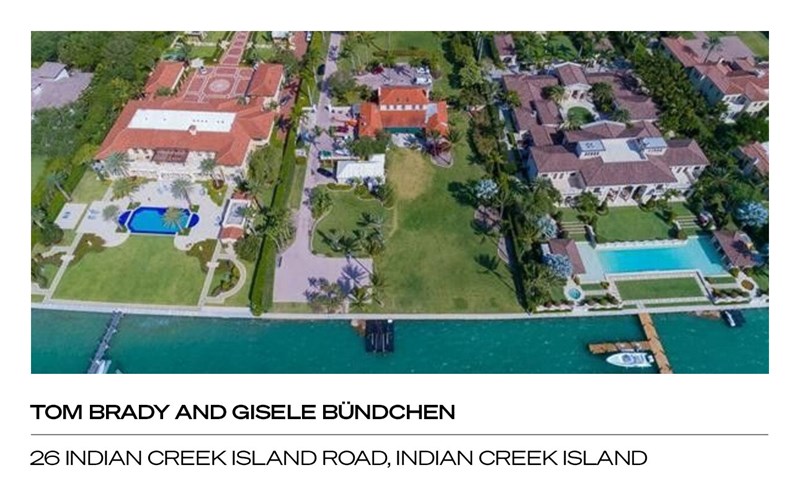 Who: Joshua Kushner and Karlie Kloss 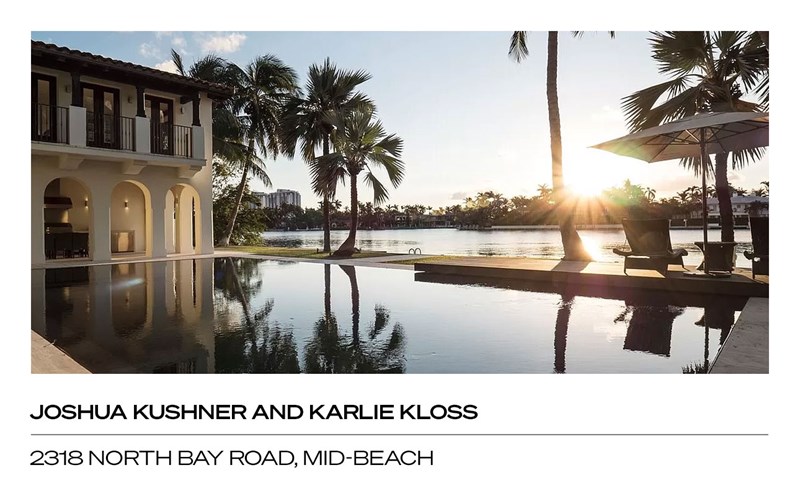 Who: Thalía and Tommy Mottola

(Mexican singer plus actress and her music producer husband)

What: 3,948-square-foot condo featuring 4 bedrooms and 5 bathrooms. Part of the Four Seasons condo-hotel in Surfside designed by Richard Meier and Kobi Karp, the residence also includes access to amenities at the legendary Surf Club complete with a 1920s-style lobby and champagne bar, full-service spa and fitness center, four pools, a beach club, a kids’ lounge, two restaurants (one by Thomas Keller), and an oceanside park. 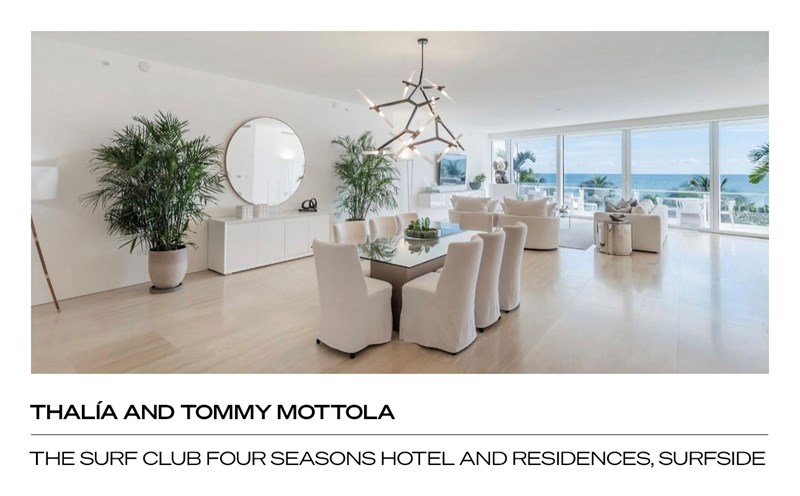 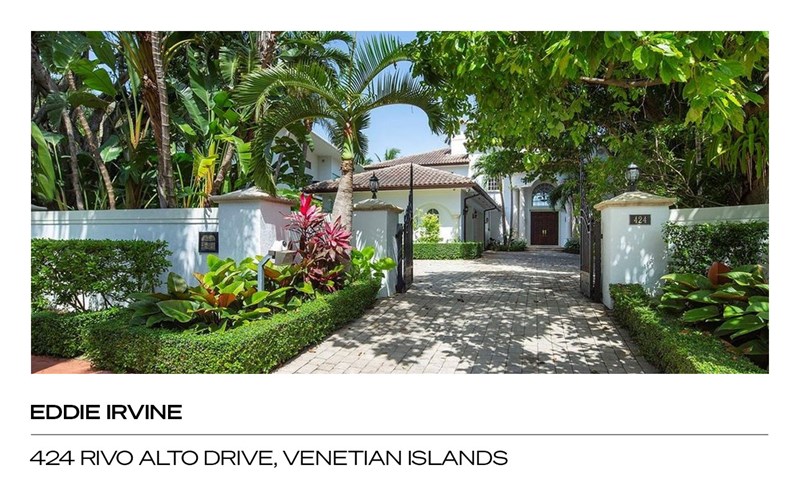 What: Waterfront lot to be developed into a Max Strang-designed, 7-bedroom, 8-bathroom house featuring a private theater, rooftop terrace, and 100 feet of water frontage 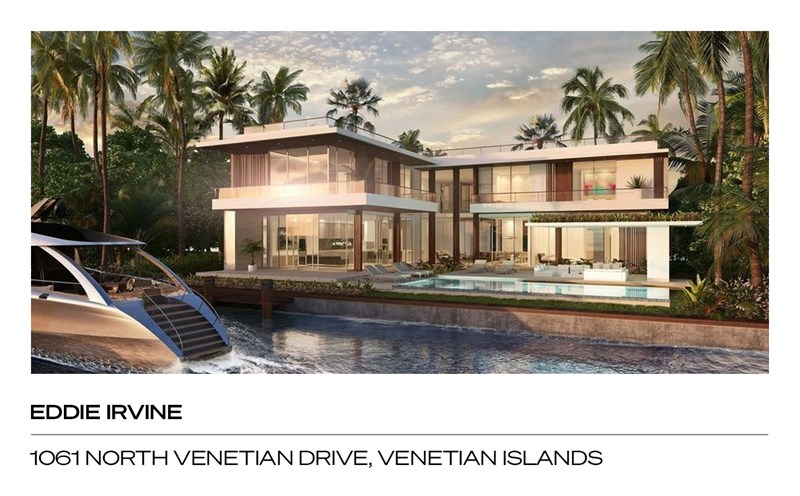 What: 3,925-square-foot condo featuring 4 bedrooms. Part of the Four Seasons condo-hotel in Surfside designed by Richard Meier and Kobi Karp, the residence also includes access to the legendary Surf Club complete with a 1920s-style lobby and champagne bar, full-service spa and fitness center, four pools, a beach club, a kids’ lounge, two restaurants (one by Thomas Keller), and an oceanside park. 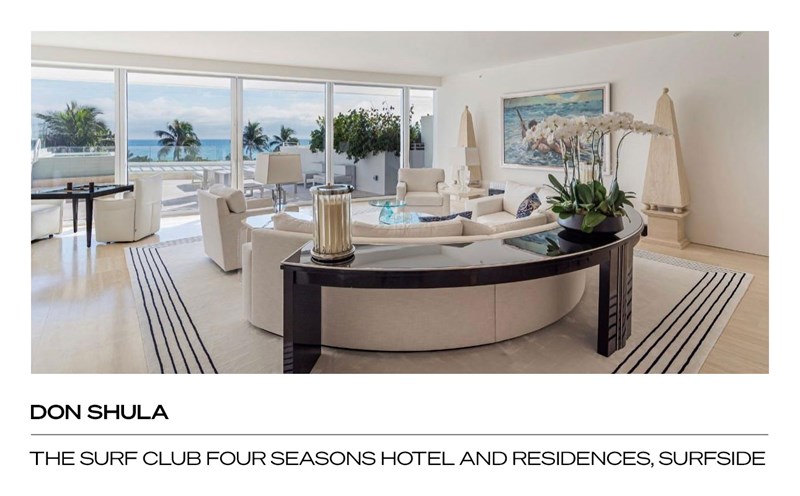 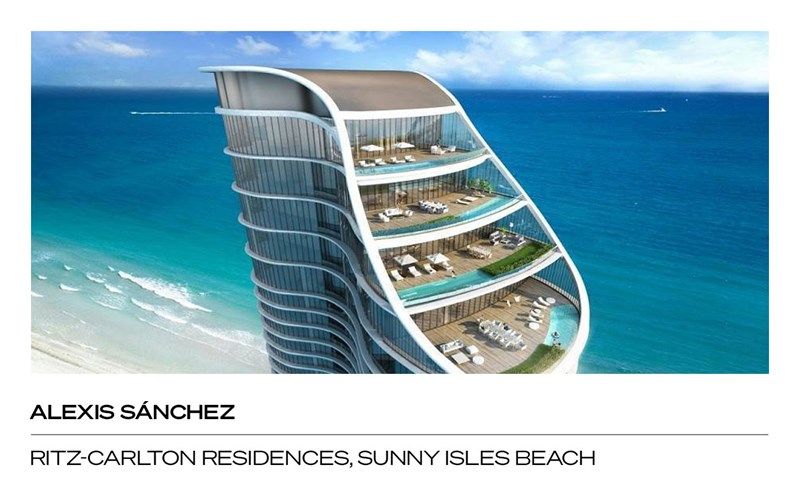 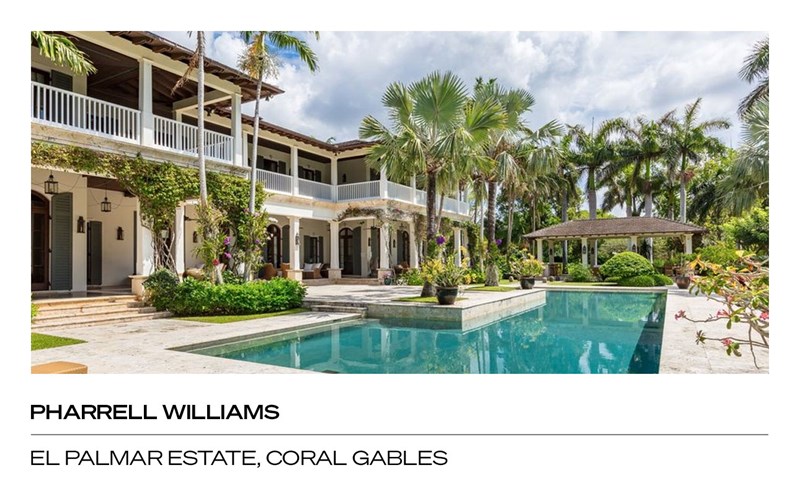 Who: David and Victoria Beckham 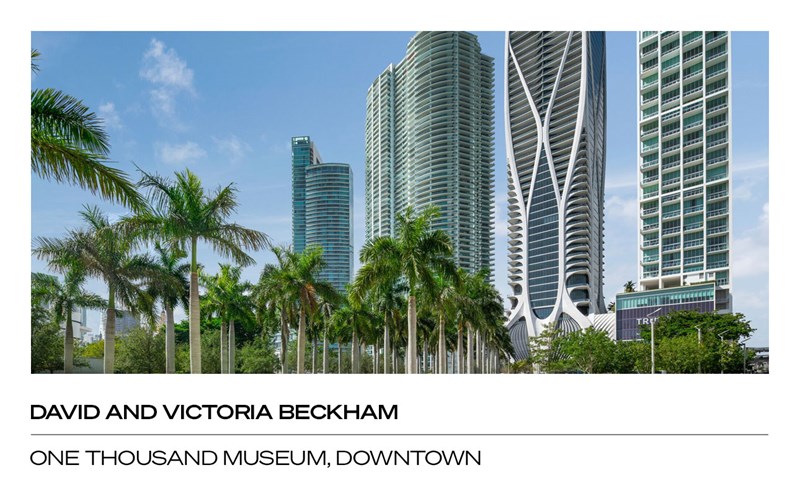 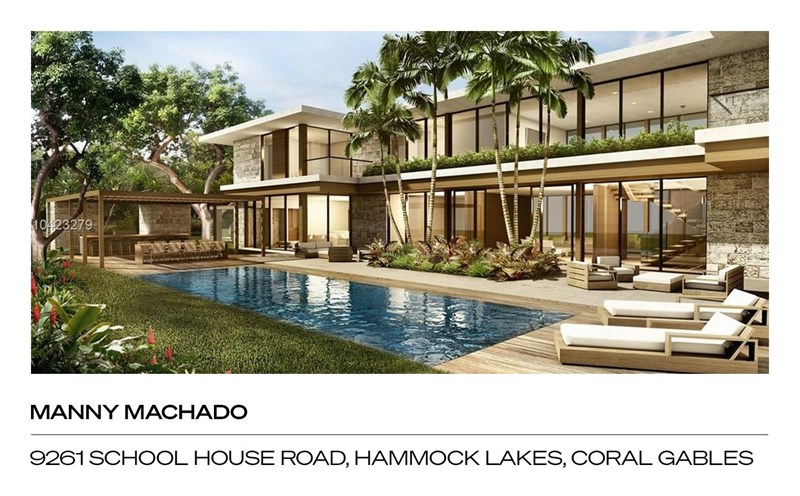 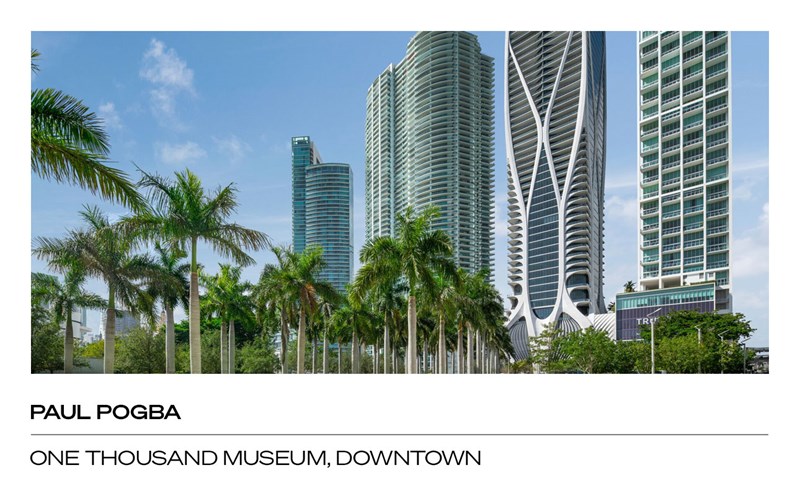 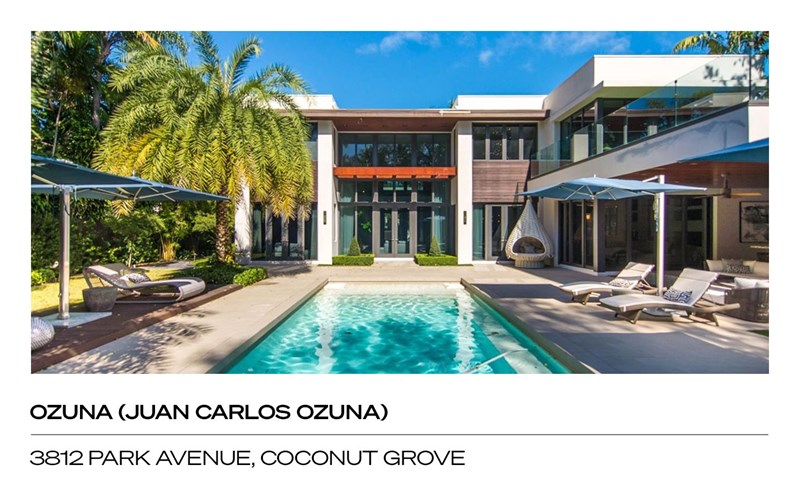 Who: Jeffrey A. Schwartz 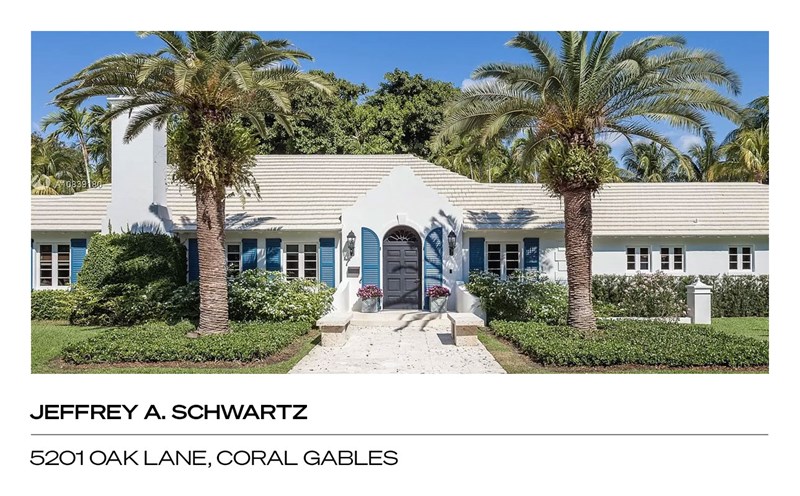 Thinking of buying into one of these celebrity-filled condos or neighborhoods? Call, chat, or email to let a Miami real estate expert help find your celeb-style abode!