The pre-construction condo market’s been buzzing with news this new year. Canvas and Gran Paraiso are moving full steam ahead with their closings. 100 Las Olas topped off. And, someone will offer their residents a modest army of robots. Read on for details on these and more below:

Closings are underway at Canvas and buyers seem to be rushing in. Having received a Fannie Mae approval, prospective owners are now eligible for up to 97% financing, making this a highly lucrative opportunity. With comparatively smaller units and completely finished (not designer-ready like most pre-construction condos), ranging 650 to 1,250 sq. ft., the 37-story building also ranks high on attainability. Its grand opening was celebrated this January with synchronized swimming by the Aqualillies, live music and signature cocktails. 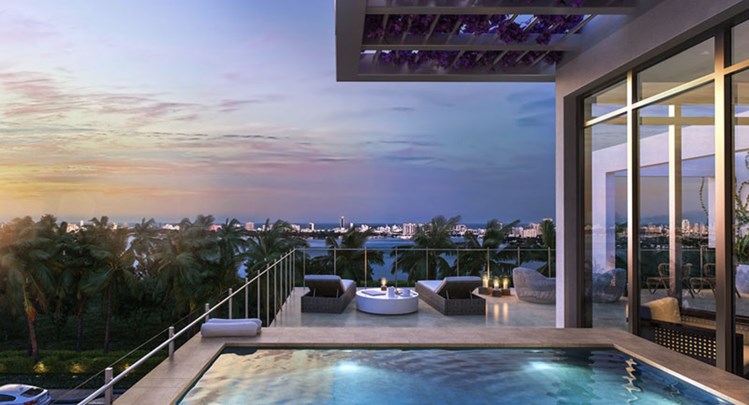 Prices for remaining units start in the $800s per sq. ft. 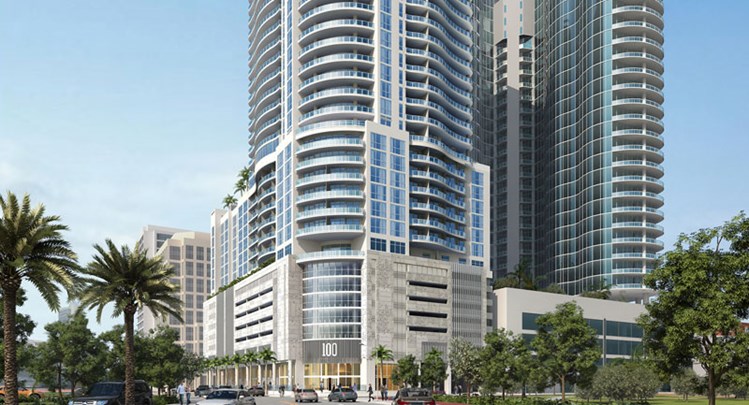 On track for a 2020 delivery, the tallest building in Fort Lauderdale has topped off at 46 stories (499 feet). The mixed-use tower features 238 Hyatt Centric hotel rooms occupying its lower 15 floors and 113 condos on floors 16 and upward. The landmark tower also houses 8,500 sq. ft. of retail and restaurants on its ground floor. Amenities include a resort-style pool with cabanas, news lounge, club room with kitchen and bar plus more.

After selling more than half of its units, the first Yotel-branded residential project on the East Coast broke ground this January. The carless (garage-less) building is set to feature 222 hotel rooms on its lower levels and 231 condo pads on level 15 and upwards. The condo-hotel will come equipped with three Techi robot butlers that can deliver gifts, documents, food, beverages and more.

Other amenities include a fully-loaded sky lounge with game zone, a coffee bar, full-service restaurant and bar, co-working space, pool deck, lounge, pet salon, bike storage and more. Unit owners will also have the choice to participate in the condo-hotel’s short-term rental program, or rent to the likes of Airbnb without restrictions. 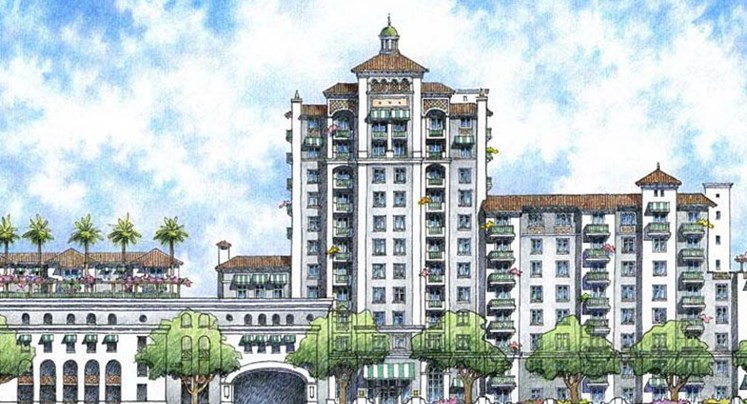 With plans to break ground this May, sales have launched for this 39-unit boutique condo development. Pricing has been set to attract buyers downsizing from homes in Gables, Coconut Grove, South Miami and Pinecrest. While units ranging 2,800 sq. ft. to 3,276 sq. ft. start at $1.65 million, the 6,300 sq. ft. upper penthouse featuring a 4,600 sq. ft. terrace and pool is listed for $10.5 million. Buyers are expected to put 50% down.

Prices start at $1.65 million, with a choice of three- to four-bedroom residences and penthouses 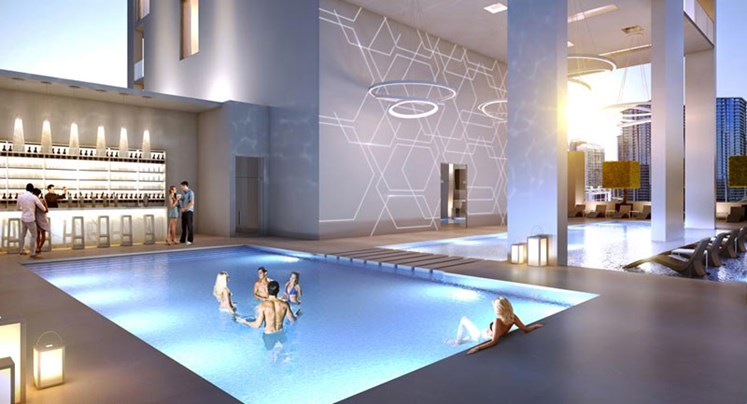 This three-tower project won approval from Miami’s Office of Zoning this January. With its ground-breaking scheduled for the last quarter of 2019, the first tower is already sold out and its second tower launched sales last November. Just like the first tower, the second tower too features 50 hotel rooms and 50 condos. The project prides itself on having a flexible short-term rental program, giving residents the freedom to rent out 24 times a year (twice a month), even to the like of AirBnB. Amenities include two resort-style pools, a spa, Sky bar and restaurant, rooftop lounge and party room. All units will be delivered fully furnished and ready-to-move-in. 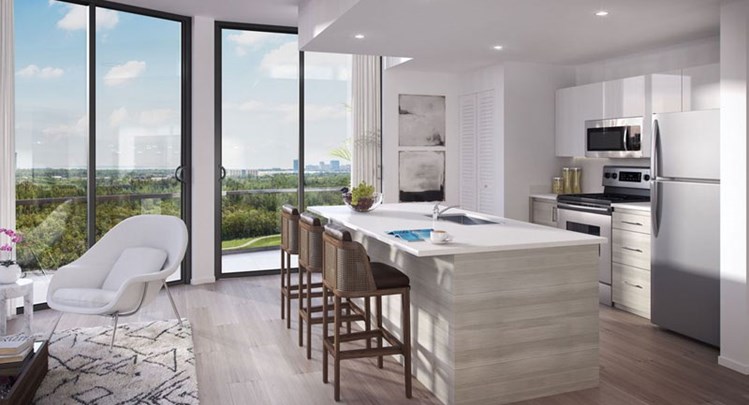 With its 184-acre “mini-city” ready to open this February, featuring a lagoon and a Costco, developers Turnberry and New York-based LeFrak have announced plans to construct a 33-story, 300-unit condo tower. Eventually, the mini-city will include 4,000 residential units (rental and condo), a hotel, school, parks and more than 500,000 square feet of office and retail space. 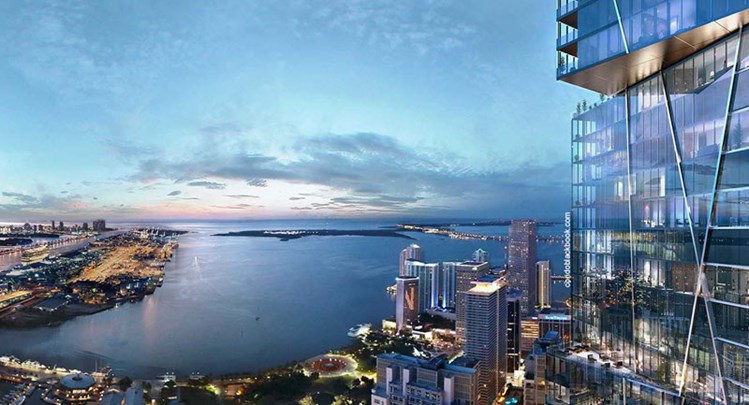 As developers get ready to launch sales, this 98-story supertall managed to secure a $33 million construction loan. Once complete, the 400-unit,140-key condo-hotel will become the tallest residential tower south of New York, standing 1,041 feet tall. With an estimated sellout of $1 billion, the projected price for an average unit works out to under $2 million. Bringing Waldorf Astoria’s familiar levels of comfort to Miami’s waterfront, amenities at this condo-hotel will include a ground-level atrium with world-class restaurants and retailers, a unique health spa, pool, fitness center and more. 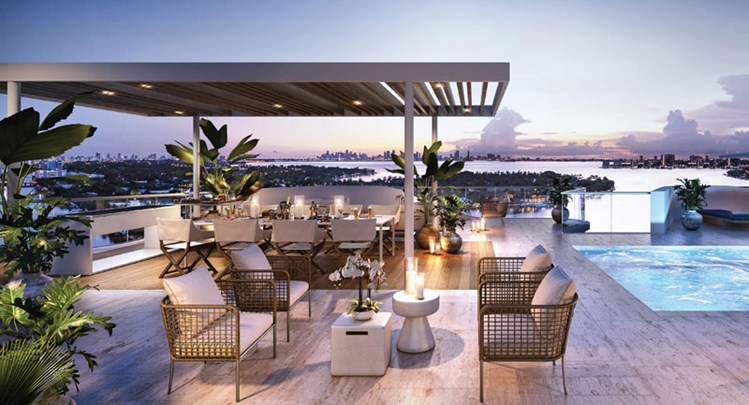 Optimum Development USA scored a $55 million construction loan for its waterfront, boutique condo project. The 11-story, 39-unit luxury development will occupy one of the last remaining vacant bayfront sites in North Beach. Each unit is designed to capture direct water views at this Europe-inspired, nautically-themed building. Amenities include a rooftop terrace with pool and Jacuzzi, yoga space, fitness center and a 12-slip marina, among others. 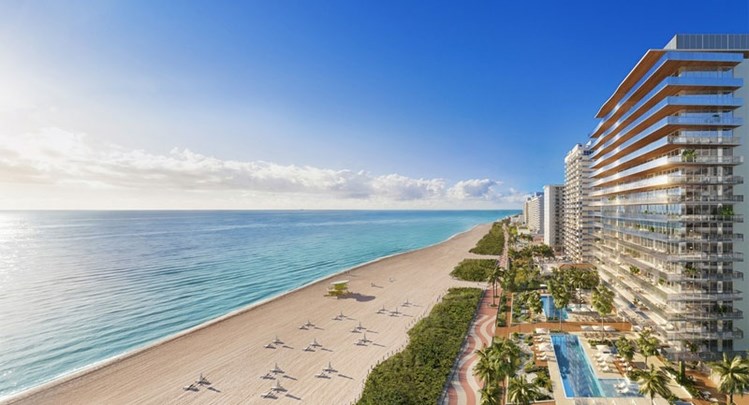 After launching sales last October, 57 Ocean’s brand-new sales gallery is now open to prospective buyers. The $3 million, oceanfront gallery houses scale models of the tower and neighborhood, along with a model unit on the upper floor. Foundation work has already begun and construction is set to start this April, irrespective of the level of presales.

Prices range between $1.5 million and $31 million, with a choice of two- to four-bedroom residences

Subscribe for monthly updates on such and more condo pre-construction news in Miami.