The condo pre-construction market saw quite the buzz this Thanksgiving month. Diesel is coming to town with its first-ever residential project. Wynwood could get a Tetris-inspired building. Smart Brickell launched sales on its second tower. And there was a groundbreaking in Hallandale Beach. Read all this and more, below: 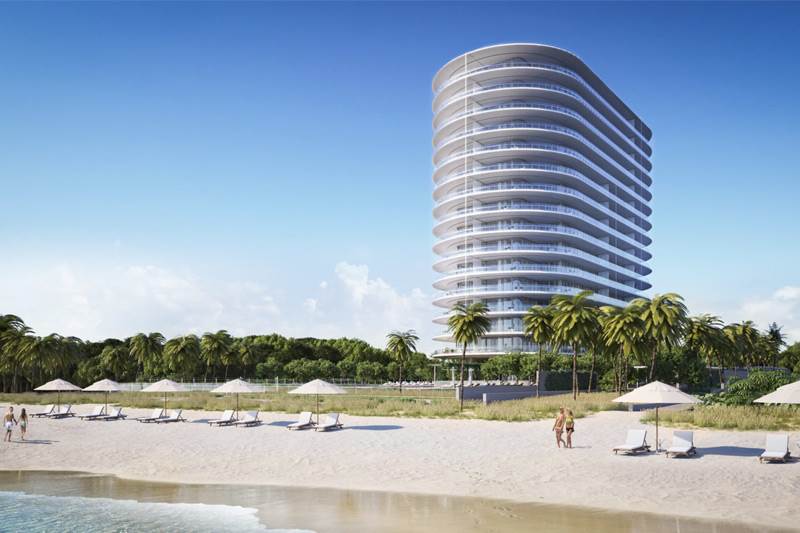 Renzo Piano’s first residential project in the US topped out at 18 floors this November. With a completion target of late 2019, 80% of its 66 units have already sold out. Top amenities at this luxury development include an integrated landscape flowing over into the North Shore Open Space Park, a lobby-level Enoteca bar serving botanically-inspired drinks, pool with cabanas and towel service, oceanside Fugo Bar and Soul Center spa.

Prices range from $1.6 million to $15.2 million, with a choice of one- to five-bedroom residences 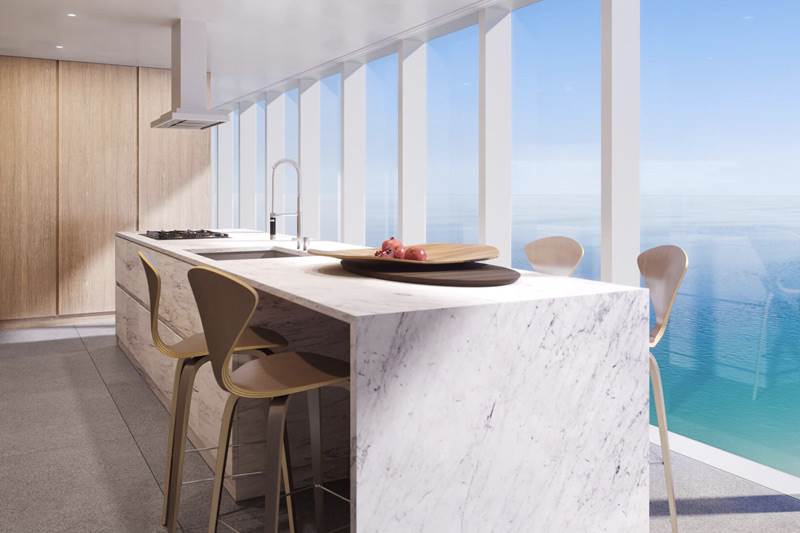 Developer KAR Properties celebrated the groundbreaking of their oceanfront glass project this November. The luxury development is set to rise 38 stories and feature 64 luxury condo units, all outfitted with designer furnishings from Minotti. The private beach amenities include cabanas, chaise lounges, umbrellas, a fireplace and towel service. Other amenities include an oceanfront and sunset pool with butler service, oceanside café by Wright Fit, sculpture garden with commissioned artwork by David Harber, curated gardens by Sasaki, and a Spa Pavilion with Hammam and ice room.

Prices start at $2.6 million, with a choice of three- to five-bedroom residences 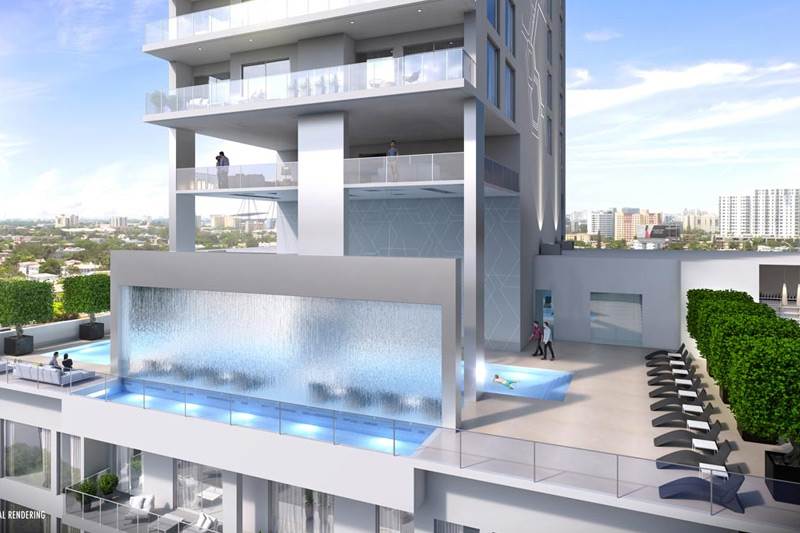 With the first of its three-building project sold out, developers have launched sales for the second tower at Smart Brickell. Just like the first tower, the second tower too features 50 hotel rooms and 50 condos. The project prides itself on having a flexible short-term rental program, giving residents the freedom to rent out 24 times a year (twice a month). Amenities at this condo-hotel complex include two resort-style pools, a spa, Sky bar and restaurant, rooftop lounge and party room. All units will be delivered fully furnished and ready-to-move-in. 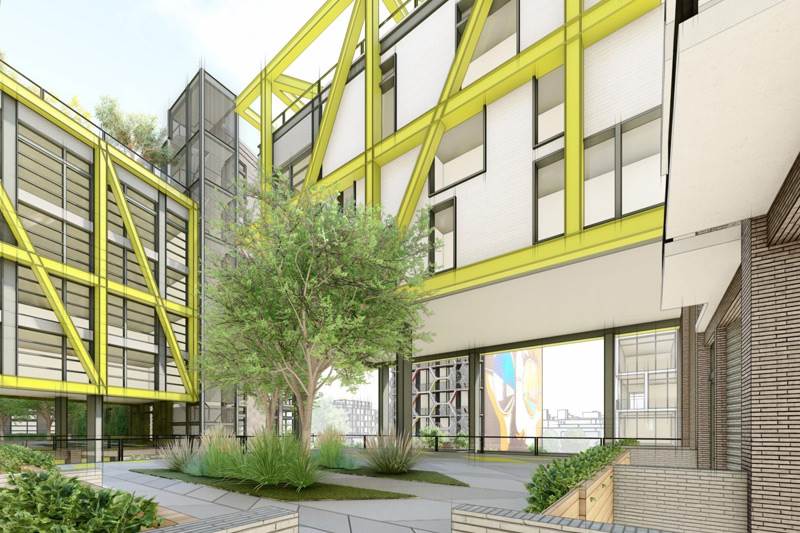 Another brand-backed condo building is gearing up to make Miami home. Italian fashion brand, Diesel plans on bringing its first-ever residential project to Wynwood. With plans submitted to the Wynwood Design Review Committee, the condo building is expected to feature 143 loft-style condos and 24,000 sq. ft. of ground floor retail. Developed in partnership with Bel Invest, sales are expected to launch early next year, once all approvals are in place. 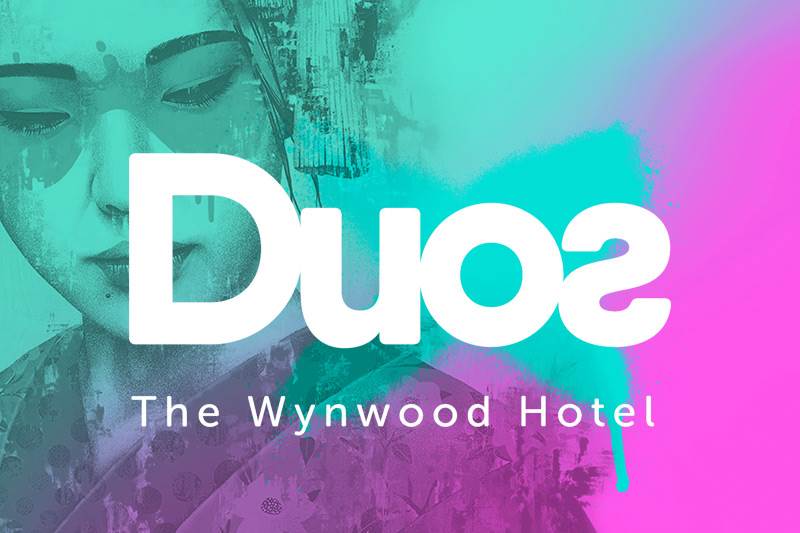 Plans have been submitted to the Wynwood Design Review Committee for approval of this eight-story condo-hotel. The proposed building will feature 51 rooms, 3,000 sq. ft. of retail or restaurant and a Tetris-style façade. The interlocking blocks of the exterior are designed to emulate the popular 80s video game with perforated metal panes and art murals by rotating artists covering the façade. 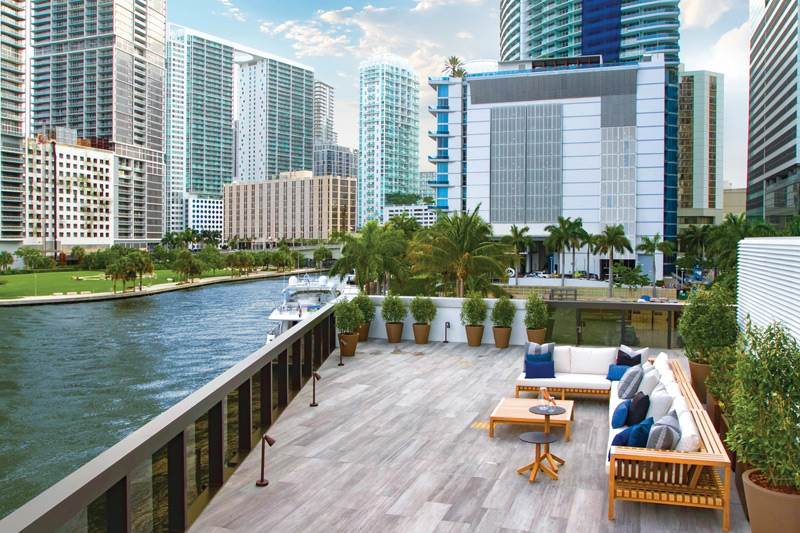 Prices range from $600,000s to $50 million, with a choice of one to four bedroom-units, penthouses and a duplex penthouse. 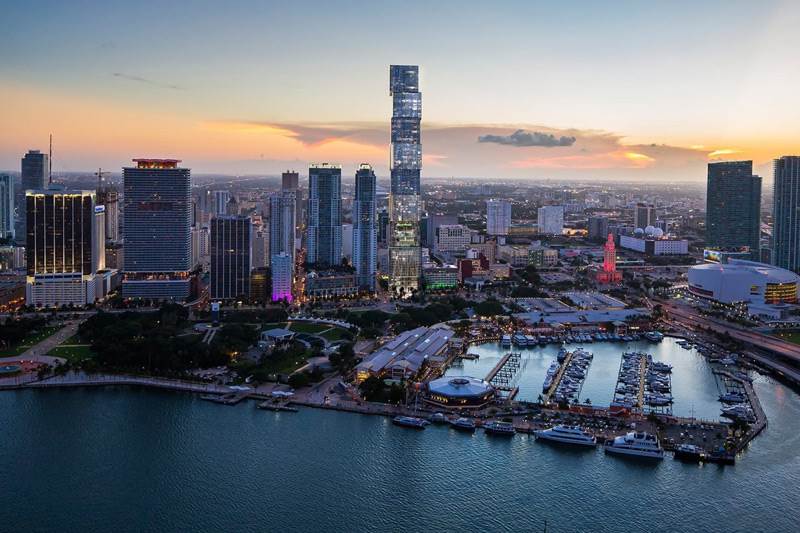 Just two months ago we reported that Waldorf Astoria is coming to town with its own luxury condo-hotel. This month, the world-renowned hospitality brand already started building its sales center. Once completed, it will be a great opportunity for a sneak peek into the 400-condo, 140-hotel room supertall. Bringing Waldorf Astoria’s familiar levels of comfort to Miami’s waterfront, amenities at the condo-hotel will include a ground-level atrium with restaurants and retailers, a unique health spa, pool, fitness center and more. 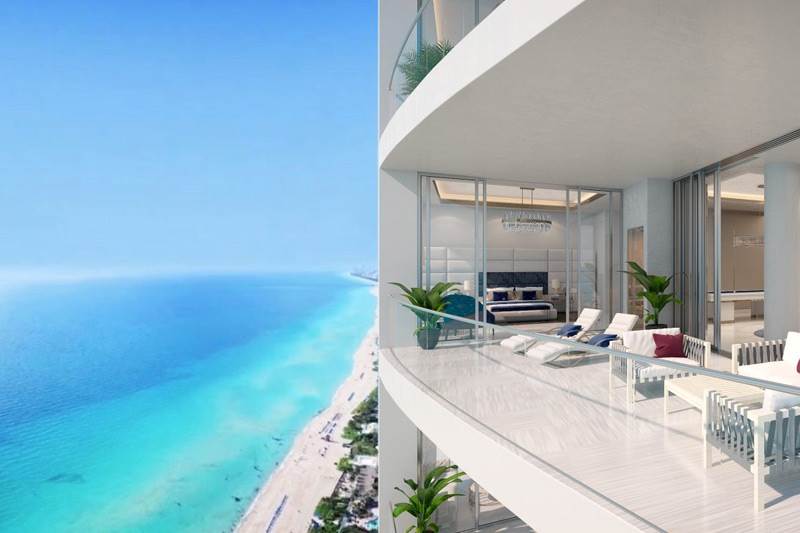 Prices range between $4.2 million and $14.5 million, with a choice of three- to seven-bedroom residences. Penthouses start at $32 million.

Do any of the above pre-construction projects excite you? Do let us know in the comments below!