This September, the Miami pre-construction condo market had plenty to report. The Related Group finally announced plans for a new condo development, since its last one got shelved in 2017. Developers at Natiivo shared further details on their Airbnb-backed Downtown tower. YotelPad became the fastest-selling project, achieving a full sell out in just 15 months. And, the tallest tower in the city filed for a construction permit to begin its ascent.

Closings have been underway all September long at the recently completed Paramount Miami Worldcenter. Most owners have already finalized their payments, with only a handful of units remaining for sale. Part of the master-planned mega-complex at Miami Worldcenter, residents are treated to an exceptional array of amenities including a 5,000 sq. ft. futuristic Skyport for passenger drones, an outdoor soccer field, two tennis courts, a jam room with recording studio, golf simulator, boxing gym, spa, salon, resort-style pools, conservatory and much more. They can also expect to share space with 300,000 sq. ft. of retail, up to 500,000 sq. ft. of office space, a 2,050-room hotel, 500,000 sq. ft. of expo space and other residential developments living in this 569-unit high-rise.

Prices start at $885,000, with a choice of one- to three-bedroom plus den residences 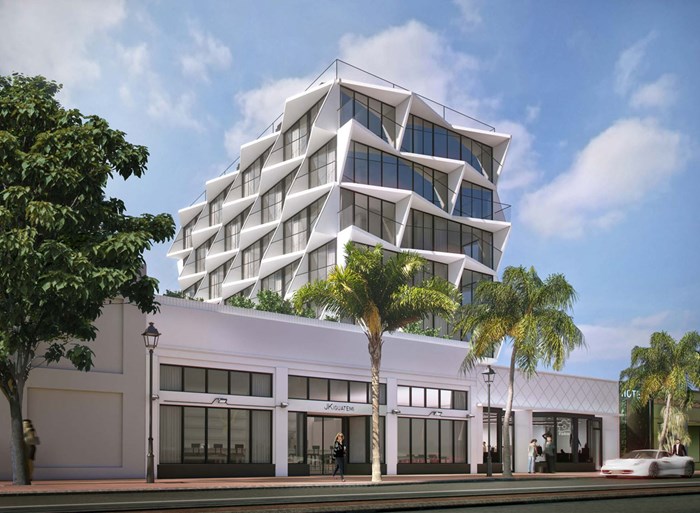 The Related Group has announced plans of developing a 40-story, micro-condo tower in partnership with ROVR Development. The 350-odd condo residences will span less than 700 sq. ft. on average, with parking available off-site. Since the site plan has already been sent for approval, details will be revealed soon enough. The Group also expects to include some sort of a hotel or leaseback program into the project. This definitely comes as major news on the condo front by the Related Group, ever since it announced the cancellation of a 60-story/290-unit tower due to a slumping market back in 2017.

Developers have closed on a massive refinancing of $460 million for this oceanfront, 54-story condo tower. JPMorgan and Mack Real Estate are providers of the debt. Expected to top off in a few weeks, the 154-unit tower is 60% sold out. Its 70,000 sq. ft. of amenities come spread across six floors and include a sky club with two pools and spas, a social and dining level, a fitness and spa level, stock trading lounge, coffee bar and reading lounge, kids’ club, off-site Turnberry Marina and much more.

Prices range between above $3 million and $35 million, with a choice of three- to six-bedroom residences

The Okan Group filed for a construction permit this September to get started on this 70-story tower that is slated to become the tallest in the city. The permit clearly mentions 399 residential units (of which 236 will be condo-hotel), 316 hotel rooms, 65,828 sq. ft. of office, and 2,915 sq. ft. of retail to be part of the project. Residents can expect a full spectrum of amenities including three swimming pools, a pool bar and lounge, a full-service spa with Hammam, cigar room, screening room, kids’ club, co-working spaces and more. The hotel rooms and condo-hotel will be managed by Hilton and be known as the Hilton Miami Bayfront.

Prices start at $359,000, with a choice of studios to three-bedroom residences 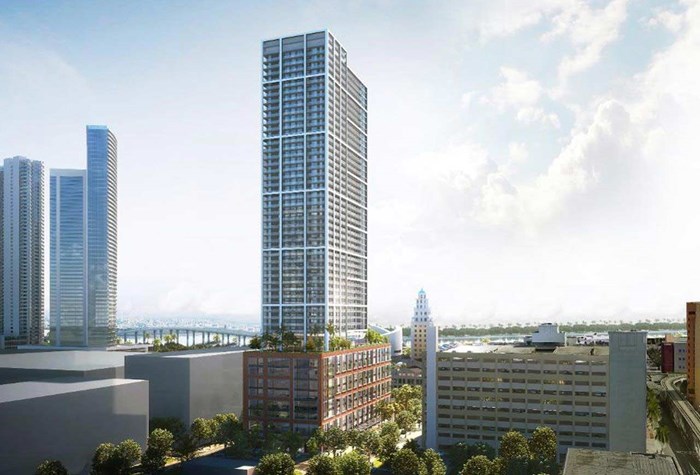 Developers have released further details on this first-ever, Airbnb-backed condo-hotel project in South Florida. The 50-story building will feature a restaurant with outdoor dining space next to the sidewalk on its ground floor. The podium will come dedicated to office and parking space. And, the Natiivo logo will be featured right at the top of the tower. With construction expected to begin early 2020, the tower will deliver 400 condo units that can obviously be rented for short-term use through Airbnb.

Prices start at $300,000, with a choice of studios to three-bedroom residences

YotelPad has managed to completely sell out after just 15 months of launching sales, making it one of the fastest-selling condo projects in recent times. This 31-story, garage-less condo-hotel started its vertical ascent this July. Its 231 residences can be credited for the introduction of micro-living in Miami.

Scheduled to open in 2021, residents can look forward to amenities such as a 2000 sq. ft. Skytop lounge with game area and chef’s kitchen, coffee bar, pool deck, full-service restaurant and bar, three Techi robot butlers, co-working spaces, bike storage, pet salon and much more. Owners will also have the option to partake in the condo-hotel’s short-term rental program, renting out to the likes of Airbnb, without any restrictions.

Which of these Miami pre-construction condo buildings do you think is worth your time and money? Leave us a comment below to get the conversation started!