Taking a cue from the New Year and new beginnings, we saw the condo pre-construction market make three ground breakings this December. After months of silence, there was finally some hustle from developers at Resorts World Miami. Ritz-Carlton Residences went ahead to add another power-packed amenity to their list, while Aston Martin sealed the deal on becoming Miami’s second tallest. Read in-depth about these and more below:

Prices range between $1.5 million and $10 million, with a choice of three to five bedroom residences

This five-story boutique building also broke ground in December. Developer Adam Adache is looking to deliver 24 penthouse-style condos with two parking spaces each. Priced at ‘half the price of this exclusive neighborhood’s typical single-family homes’, nine units have already been sold at 30 Thirty N Ocean. Amenities include a two-story Club House with adjoining resort-style pool, gazebos, spa and membership to the Club at Harbor Beach Marriott Resort & Spa.

Prices start at $1.8 million, with a choice of two to four bedrooms

With its TCO in place, Biltmore Parc held its unveiling ceremony in the presence of Mayor Raúl Valdés-Fauli and 200 other guests. The luxury boutique building features 32 elegantly appointed residences. Residents will now be able to enjoy its two lounge areas, premium artwork in the Artefacto-designed lobby and a one-year membership to the historic Club at the Biltmore Hotel.

Prices on the resale market range between $1.2 million and $1.7 million 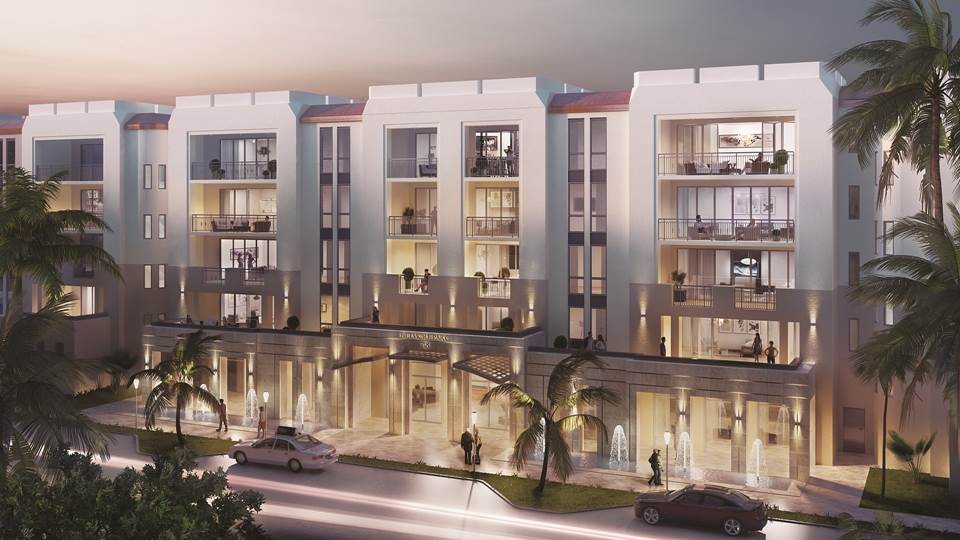 After months of quiet, Resorts World Miami finally broke the silence with a request to the City for a lease on off-shore land for its marina. The submerged land is jointly owned by City of Miami and the Florida Department of Transportation. Developers announced their plans of building a 50-slip, mega-yacht harbor last year. The multimillion dollar, mixed-use project will also feature two residential towers, a hotel, retail, parking and an 800 ft. baywalk. Plans for its casino component have made no headway as yet.

Prices range from $600,000s to $50 million, with a choice of one to four bedroom-units, penthouses and a duplex penthouse.

Sent to the drawing board last year, the Brazilian billionaire’s team re-submitted tweaked plans in October to the Miami Beach Design Review Board. Replacing Marlborough House, the 90-unit project got approved with inclusion of public beach access and reduced width. The 17-story luxury condo building will now feature a 15-foot-wide beach path, complete with lampposts, benches and landscaping accessible to the public.

Upping the ante in condo amenities, this Pierro Lissoni-designed project will have its own aquatic helipad. Residents arriving by private jet can look forward to a helicopter ride to this mobile aquatic helipad, after which a ‘day yacht’ will bring them home. Other standout amenities at this ultra-luxury development include a restaurant, wellness center, pool deck, kids club, 33rd floor private club, lounge, two bars and guest suites.

Prices range from $2 million to $40 million, with a choice of one to four bedroom units and penthouses.

Photograph : Courtesy of The Ritz-Carlton Residences

A celebration marked the beginning of the construction process at the Estates at Acqualina. New York Yankees Derek Jeter and Jorge Posada attended the event held in conjunction with two local charitable foundations. The demolition work has started on-site and is expected to complete by March. The waterfront estate will deliver 245 luxurious residences perched in two, 50-story towers. Jaw-dropping amenities at this ultra-luxury development include a lobby designed by Karl Lagerfeld, ice-skating rink, golf simulator, Wall Street trader’s clubroom, bowling alley, Formula One racing simulator, FlowRider wave simulator and more.

Prices range between $4.2 million and $9 million, with a choice of three to seven bedroom residences

Photograph : Courtesy of The Estates at Acqualina

Expecting to open early next year, 26 Edgewater is nearing completion. The boutique condo is more than 90% sold. Residents will have access to a rooftop pool deck, lounge with full kitchen, private lanais for select residences and 10,000 sq. ft. of ground-floor retail at this 10-story mixed-use development.

Prices start at $330,000, with a choice of one and two bedroom residences

Construction of the condo tower at Paramount Miami Worldcenter has reached the half-way mark. With a 2019 completion, only 30 of the 60 floors remain to be constructed. A theme park of an amenity deck is the highlight of this mixed-used development. Residents will have access to the country’s first outdoor soccer field in a residential high-rise, a dog park, yoga studio, racquetball court, basketball half-court, food market, jam room with recording studio and sky-high observation deck once complete.

Prices range from $3.5 million to $9.5 million, with a choice of four to five bedroom penthouses and duplexes.


Have an update to report? Leave us a comment below or share which of these has you excited?