The Magic City is about to get a luxurious skyline upgrade as new developments reach for the sky! The latest jewel on the crown of Miami’s tropical skyline is the magnificent new Waldorf Astoria, a mixed-use condo resort tower that will project 1,049 feet into the sky at 300 Biscayne Blvd. in downtown Miami. The project will transform Miami’s skyline by being the tallest tower in Florida, and in fact south of Manhattan.

Groundbreaking is planned for 2019 and developers include such visionaries as Property Markets Group, Greybrook Realty Partners, and S2 Development, who announced that the famed Waldorf Astoria Hotels & Resorts, owned by Hilton Worldwide Holdings, Inc., would be a part of the mixed-use development in a tower designed by Sieger Suarez Architects. The design resembles nine glass cubes stacked precariously in the sky overlooking Biscayne Bay, in a stylistic diversion from the renowned art deco design of the famed Waldorf Astoria in New York. 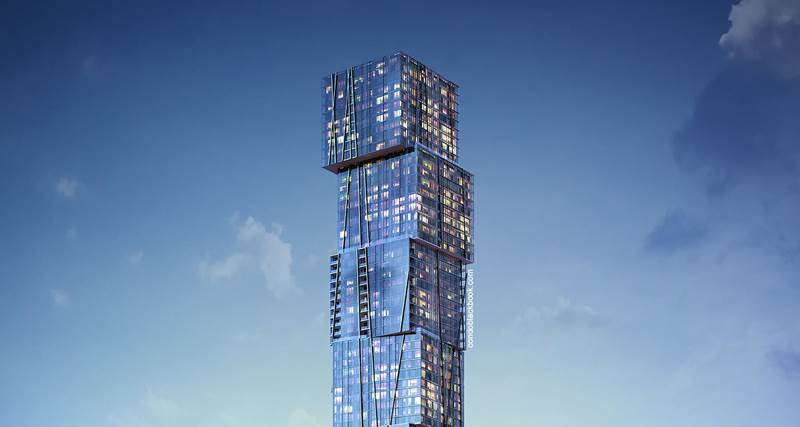 Property Markets Group expects that total sales may top $1 billion as buyers are lured by brand recognition and luxury hotel amenities that offer resort-style living. Branded luxury resort residences have gained popularity in cities such as Miami, where developers have teamed with hotel brands like St. Regis and Ritz-Carlton to leverage brand recognition and use luxury amenities to add value and marketability to luxury condominium residency communities that don’t actually include hotel rooms but provide resort-style amenities.

The ultra-luxury tower at 300 Biscayne will house 400 residential units, 140 five-star hotel rooms, and a ground-floor atrium space housing restaurants and retailers, totalling about 800,000 square feet, according to the Greybrook Realty website. 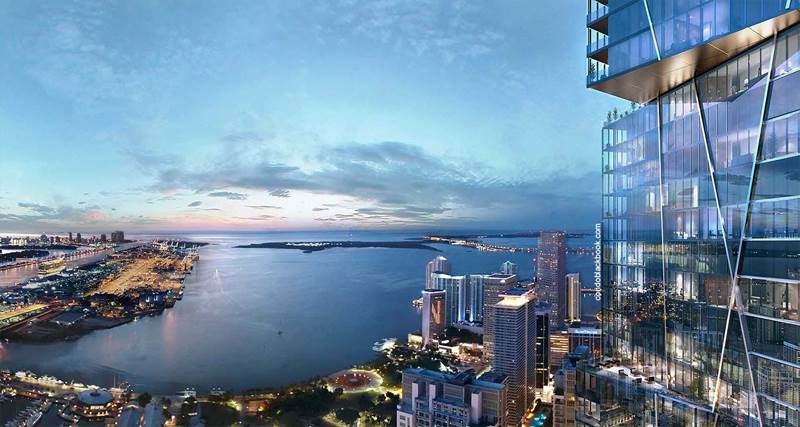 Set in the heart of downtown Miami, conveniently close to Bayside Marketplace and the American Airlines Arena, the tower is also just minutes from the exciting new Miami World Center, as well as Museum Park, the Arsht Center, and Miami’s Art and Design Districts, with their chic restaurants, boutiques, designer outlets, street art, and cultural events. The Waldorf Astoria Tower will not only transform the city skyline, but it will mark the beginning of a new era in Miami, as the city continues its evolution into the “Manhattan of the South” distinguished by its forward-thinking 21st Century sensibility.