From the makers of Natiivo (one of Miami’s first short-term rental-approved condos), comes another ready-to-rent project on the Miami River across the street from Brickell City Centre.

Lofty Brickell, just launched by the Miami-based Newgard Development Group, is set to be part of a three-tower complex at 99 SW 7th Street. The 1.6-acre riverfront site will carry a luxury condo tower, luxury apartment tower, branded hospitality component, marina, and a tie-in to The Underline linear pedestrian park. 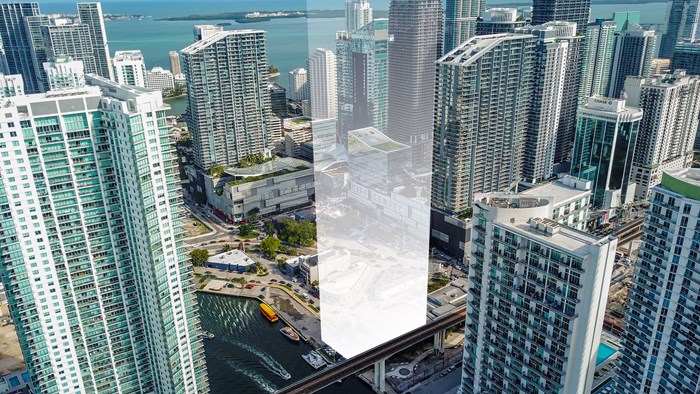 With a mix of studios to two-bedroom residences ranging from 487 to 930 square feet, condos at Lofty Brickell will be delivered fully finished and furnished. Each turnkey residence will feature an open layout, high ceilings, and high-end interior touches curated by INC.NY, including imported European cabinets, imported stone countertops, extra-deep soaking tubs, plus premium European-style fixtures and accessories.

The private balconies at this landmark building are designed to open up to breathtaking, panoramic views of the river and Miami skyline. 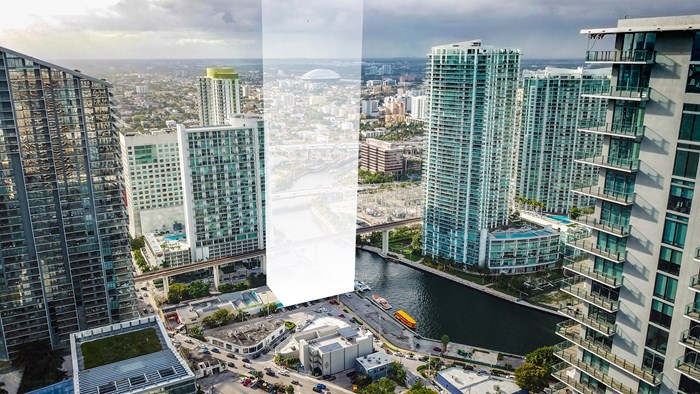 Since “Lofty” represents Newgard Development’s ready-to-rent line, these riverfront residences will allow short-term rentals. Owners will have complete control over how many times and for how much they’d like to rent their units, and will have access to an in-house management system.

Pre-licensed for home-sharing, owners will also be able to rent out to the vacation rental platform of their choosing, including but not limited to Airbnb, VRBO, HomeAway, Booking.com, and Expedia. we expect investors will be able to top prices when renting their newly built, luxury units in the heart of the city.

Lofty Brickell: In the Heart of Brickell

Seated on 400 feet of prime river frontage in Brickell, Lofty residences will find themselves at the center of Miami’s urban core in a highly desirable waterfront location with instant access to everything in this “Manhattan of the South.”

Brickell is not only a key financial center of the south but also enjoys strategic access to business in Latin America. With the recent exodus of the wealthy and businesses to South Florida, Brickell continues to mature and become home to dozens of top tier companies (You can read more about the tech and VC firms moving to Miami, here.)

When it comes to lifestyle - Brickell offers it all. At the turn of the century, this drab business district started to witness a revolution as more shopping, restaurants, and lounges made their way into the neighborhood. The opening of the Brickell City Centre proved to be key to the transformation of this district, which is now known as a complete live-work-play destination. Not to mention, the convenience of the Metromover and Brightline connection makes it an even more desirable address for the environmentally conscious.

Studios at Lofty Brickell start from about $500,000, 1-bedroom units start at $554,000, and 2-bedroom residences start from $903,000. With delivery estimated for 2024 and sales currently underway to friends and family, call or email us to help get in early while prices are still at their lowest.