The Most Luxurious Condo Buildings in Brickell

The Most Luxurious Condo Buildings in Brickell

Brickell is where the business is – so it doesn’t come as a huge surprise that the neighborhood would house some of the finest residences to cater to a wide array of residents, spanning from globetrotting professionals to business moguls plus their families. Curious about the kind of high-end residences available for such global citizens? We’ve ranked the 5 most expensive, thus luxurious, condo buildings in Brickell below:

Brickell is not only the second-largest banking hub in the States, but also home to several consulates, businesses and a majority of the offices in Miami. It is also serviced by all major public transportation systems in the city, giving it one of the highest transit scores of 98. It further ranks second on our most walkable neighborhoods in Miami study, with a near-perfect walkscore of 98, meaning most hotspots and conveniences can easily be reached on foot.

In recent times, this financial district has also evolved from being a drab business neighborhood to exciting shopping and leisure destination, thanks to the addition of the Brickell City Center plus South Miami Avenue’s collection of high-end retail, restaurants, bars, and lounges. Even the public schools in this party coastal neighborhood are above average – making it a true live-work-play destination for individuals and families alike.

The Best of the Best Condos in Brickell

Premium Pre-Construction Condos in Surfside to Watch Out for 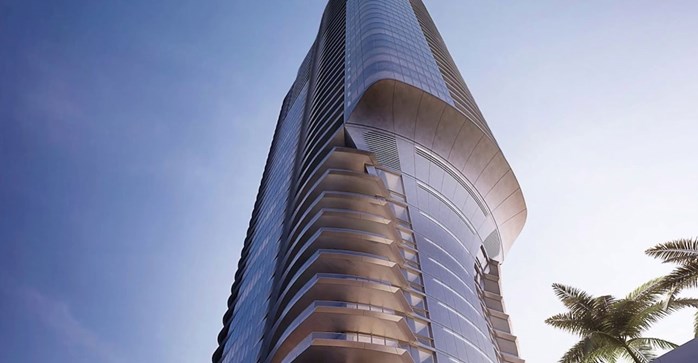 How Safe is Brickell?

Being the business hub of Miami, most office and residential buildings in Brickell have strict security systems in place. Still, some crimes do take place in this financial neighborhood, like any high-density urban neighborhood, making it a moderately safe place to live and work.

The dining scene in Brickell is a melting pot for global fare served at a variety of restaurants, cafés, bakeries, bars and lounges. There are tons of places to eat in this business district, and we’ve shortlisted the highest rated below:

The shopping scene in Brickell got a real boost since the Brickell City Center opened its doors in 2016. Ever since, residents have had access to over 120 shops and eateries, including a Saks Fifth Avenue, Zara, Armani, Hugo Boss, Victoria’s Secret, an Apple flagship store, CMX cinema, an Italian food hall and much more. Not to forget, the Shops at Mary Brickell Village and the down-to-earth Village Portico have offered affordable shopping and dining options since forever.

The Best Located Condo in Brickell

The pre-construction Brickell Flatiron has to be the best-located condo in Brickell, since it is next-door to the Shops at Mary Brickell as well as a couple blocks away from the Brickell City Center megamall. Located on South Miami Avenue, residents have access to loads of retail options, restaurants, bars, entertainment venues, and conveniences. Further, it’s proximity to the Tenth Street Promenade Metromover Station, Brickell Plaza and US-1/Brickell Avenue makes it easier to get in and out of the neighborhood.

Want more details on these and a complete list of the luxury condos available for sale in Brickell? We’ll be more than happy to help you find the best luxuries in Miami for your budget.