North Beach’s Biggest Development Rejected? What’s Next for the Site of the Deauville Hotel?

After years of sitting in disrepair due to a fire, the beloved and historic oceanfront Deauville Hotel site in North Beach has been waiting for its fate. Bought by Miami Dolphins owner and billionaire Stephen Ross, earlier this year he revealed plans for the site with a 373-feet, “six-star luxury,” two-tower vision designed by stararchitect Frank Gehry. With one a 175-key Equinox-branded hotel and the other with 150 luxury condos, the preliminary renderings for the project looked nothing short of transformational for this quiet neighborhood that still retains its nostalgia for the heydeys of the 1950s.

However, Ross’ vision, in partnership with his Related Companies, required significant government upzoning approval given its proposed size and location at 6701 Collins Avenue. In July, the Miami Beach City Commission voted to approve the proposal submitted by the Related Companies, submitted in October of 2021, including the first architectural renderings of Gehry’s design for the two-tower project with initial plans for a partnership with the Equinox Hotel brand. 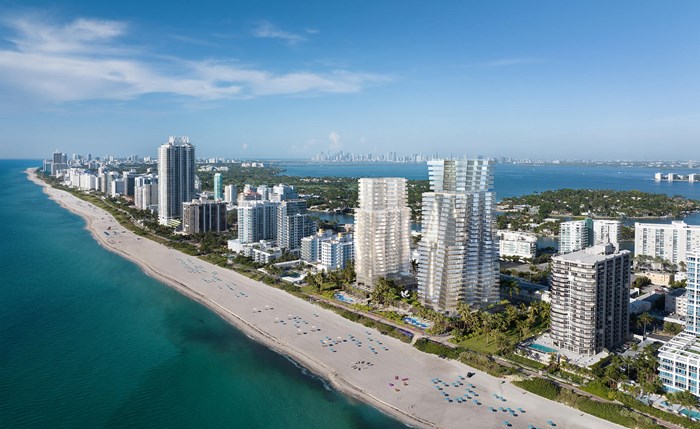 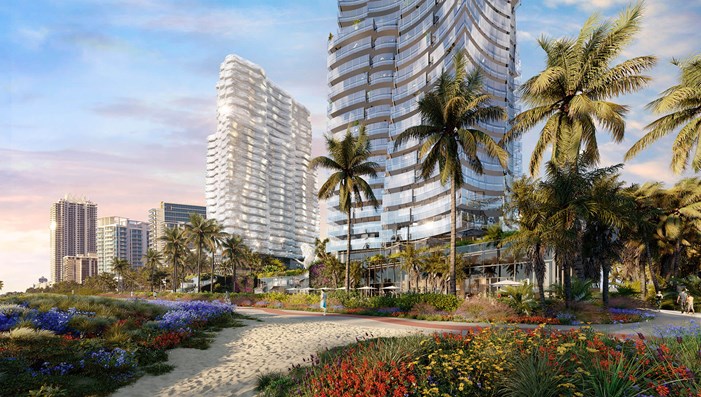 Further development, however, would require voter approval to upzone the buildable areas along this four-block stretch of Collins Avenue between 65th and 69th streets. In this month’s election, Miami Beach voters rejected a referendum that would do this, essentially increasing the allowable floor-area ratio for buildings set within the zone of this project,

The referendum’s defeat halts plans for the Equinox Hotel & Residences, at least for now, leaving the proposal by Stephen Ross to build here up in the air.  Ross has invested close to $1.9 million in a Political Action Committee to support the referendum on the ballot, and was expected to seal his purchase of the property once the referendum passed, then go on to negotiate with the city on plans for the development. Now, those plans are on hold and it remains unclear what Ross’s next steps will be in the process of acquiring the property.

Had this referendum passed, it would have granted Ross’ Related Companies the zoning required to build his proposed condominium tower with neighboring hotel on the site of the the 65-year-old Deauville Resort, which was imploded this weekend.

What’s Next for the Equinox Hotel & Residences?

The Related Companies did not comment on the election results. A spokesperson for the Political Action Group known as Yes for a Safe and Strong Future, which supported the passing of the referendum, released the following statement: “While we are disappointed with the outcome, we know North Beach deserves an economic engine, not an eyesore. We appreciate the tremendous support we received from thousands who backed a real vision for a better North Beach and still believe there is a brighter future ahead.”

​
We will be watching this space for more details on the next stages of development for one of Miami Beach’s most historic structures and prime oceanfront locations. 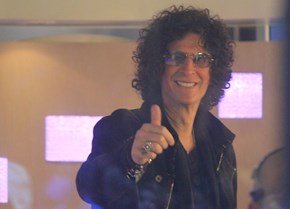 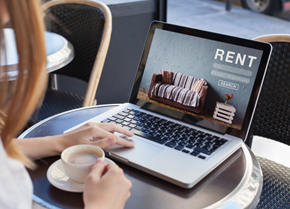 32 Questions to Ask When Renting an Apartment: The Ultimate Checklist 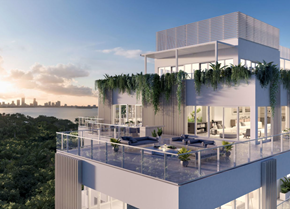 Video Blog Watch: Happy Thanksgiving from Our Team to You!
From the entire Blackbook Properties team, we’re wishing you a Happy Thanksgiving!   Thanksgiving is so much more than the food, pies, and football -- it's a moment to reflect on our friendships, how we can share gratitude and joy with others, help others, and give thanks for all the wonderful memories and people in our lives!  We sincerely thank you and are grateful for you! Happy Thanksgiving Day to you and your loved ones. And as Sep says, don’t eat too much!!
by CondoBlackBook Team
Lifestyle Insider’s Guide to Art Basel & Miami Art Week 2022
Miami’s cultural season peaks during the annual Miami Art Week, when millions of art lovers and collectors come to our sunny city to experience one of the world’s most important and talked-about art gatherings for Contemporary and Modern art and design. Taking place this year from November 28 through December 4, seven major international art fairs will set up shop in Miami Beach, with another nine taking over areas such as Wynwood, Downtown Miami, Miami River, the Design District, and Coconut Grove, with additional public pop-up exhibits at various locations across the city. To stay abreast of the pop-ups and other ancillary events, check out the comprehensive Guide to Miami Art Week published by Art-Collecting.com as well as their Guide to Miami and Miami Beach Art Fairs.  These guides provide the basic who, what, when, where info, with updates added as they become available. Social Miami also provides a great guide that includes events at local museums and arts organizations at...
by Dinorah Rodríguez

Real Estate News Miami’s New and Pre-Construction Condo Update: October 2022
Miami’s luxury condo market may have hit a seasonal plateau but its development cycle shows no signs of stopping. With strong business and wealth migration coming here over the last two years, developers are looking to fulfill the demand for luxury and waterfront housing with larger floorplans affording a single-family home lifestyle with the convenience of a condo. This October, we saw 4 exquisite luxury condos launch sales all over Miami – La Baia North, The Residences at 1428 Brickell, 600 Miami Worldcenter & The Avenue. A unique private beach home project was also launched in Surfside called the Surf Row Residences. Downtown’s Waldorf Astoria Hotel and Residences made history by being Miami’s first supertall to break ground. And, a flurry of new projects was announced by the likes of Related Group and Two Roads, SB Development and Hazelton Capital Group, as well as MG Developer and Peru-based VYV. Read on for more details on these and many other updates in our Miami condo...
by Sep Niakan

Lifestyle Art With Me Miami: Art, Food, Music, Sustainability & Wellness in One Fabulous Festival, Featuring Bedouin
With Miami Art Week gearing up, we’ve got a special Art Festival this Thanksgiving Holiday Weekend to whet your appetite. This month, the can’t miss event that’s luring Miami’s ever-growing population of culturally voracious and wellness-centered locals is the multidisciplinary weekend-long extravaganza known as Art With Me Miami, taking place from November 26 – 27 in Virginia Key – an event designed to nurture and transform our lives through multidisciplinary experiences.   Originating in Tulum, Mexico, Art With Me is an immersive, international arts, music and cultural festival that has migrated north to the shores of Virginia Key to become – now in its second Miami iteration – a local seasonal showcase that helps get our motors revving just before we go into full swing during Miami Art Week.  Art With Me provides a variety of experiences spanning diverse creative platforms in which audiences are immersed and inspired. This year, the event centers six core pillars of personal...
by Dinorah Rodríguez

Preconstruction Fort Lauderdale’s New and Pre-Construction Condo Update: October 2022
Boosted by an influx of wealthy residents from high-tax states and new businesses, South Florida continues to stay a destination and hotbed for construction activity. Attracted by golden beaches, year-round warmth, and a yachting lifestyle, the waterfront housing market is still expected to grow. So, even as the luxury condo market took a seasonal break from recording new sales highs this past quarter, developers here have continued announcing new projects to appeal to sophisticated dwellers from across the globe.  This October, Fort Lauderdale got busy. We had two ultra-luxury projects launch sales - The Residences at Pier Sixty-Six & the Edition Residences Fort Lauderdale Beach. The Related Group and New York-based New Leaf Development proposed two new condo projects in Fort Lauderdale. And, Ocean Land Investments re-launched its rental apartment tower called Sixth & Rio as a condo development.  Read below to find details on these and other projects in our monthly condo...
by Sep Niakan