For years, Brickell has been the center of growth in Greater Downtown Miami. However, in the next five or so years, there’s a good chance all of that could change. Here’s why:

Downtown Miami Is the Most Accessible Urban Neighborhood in Miami

Accessibility is key to property values and there is nowhere else in Miami that has more accessibility than Downtown, with a combination of easy road, highway, and mass transit access. Downtown has two entrances and exits to I-95, and one direct highway link to Miami Beach. In the other direction, Downtown has a direct highway link west as well, via the Dolphin Expressway. Meanwhile, Brickell is notorious for its traffic.

Downtown’s rail links are unparalleled to any other location in Miami, with the Metromover encircling Downtown, multiple Metrorail stations, and the Brightline higher-speed rail terminal. Soon, Tri-Rail will come to Downtown as well, providing commuter service to Dade, Broward, and Palm Beach Counties. 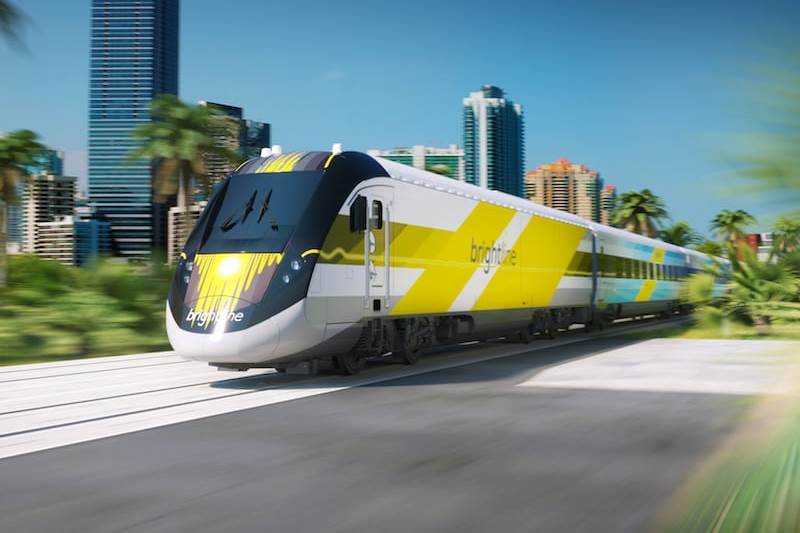 Downtown has a lot more to do than Brickell, with more culture of all kinds. Downtown has a great selection of museums, including the Perez Art Museum Miami, the Frost Museum of Science, the Museum of Art and Design, and HistoryMiami. The AmericanAirlines Arena is located in Downtown, as well as the Adrienne Arsht Center for the Performing Arts. Downtown is also the home of the Wolfson Campus of Miami Dade College which, among many other things, hosts the annual Miami International Book Fair. 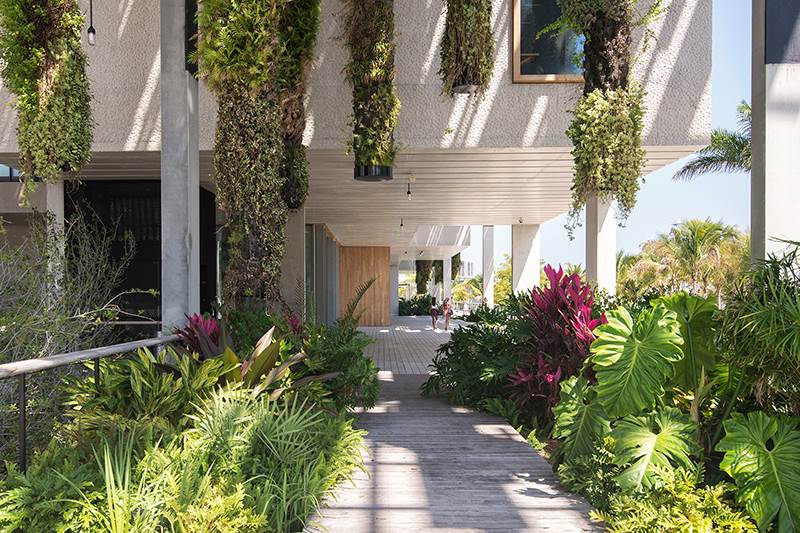 Downtown Has a Vibrant Waterfront and Great Public Spaces

Sure, both Brickell and Downtown Miami have bay walks, but Downtown’s waterfronts, along the river and the bay, are unquestionably more vibrant. In Downtown, a string of parks and museums line Biscayne Bay, while along the Miami River an influx of restaurants has made that section of Downtown waterfront livelier than ever. A plan to upgrade Downtown’s bayfront amphitheater with a retractable, ‘solar halo’ roof, and a renovation of Bayside Marketplace, a waterfront shopping mall encircling a marina in the heart of Downtown, are two more big projects that will enhance Downtown’s waterfront in the near future. 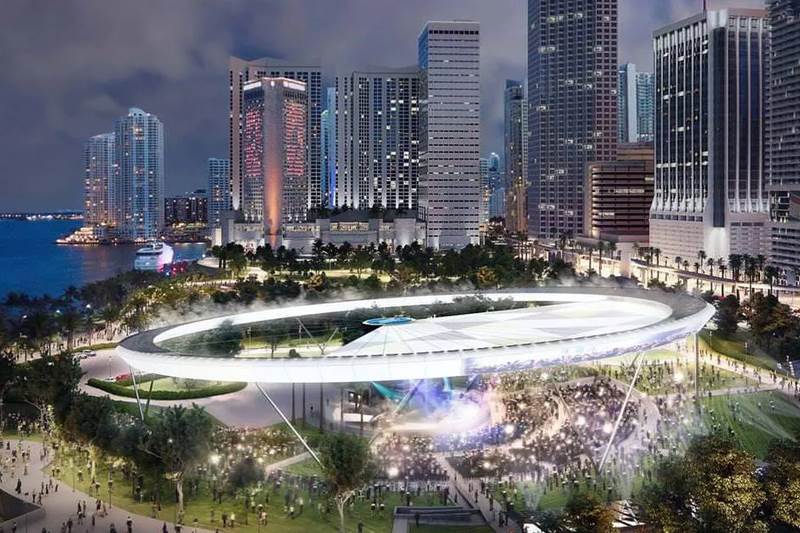 Downtown is Seeing a Development Boom, but it Still Has More Room to Grow

For the past ten or so years, development has boomed in Brickell, with downtown trailing behind. However, as Brickell becomes built out, and developers increasingly realize the appeal of Downtown, development is rapidly picking up there too. A rush of new developments are coming to Downtown, including megaprojects like Miami Worldcenter, and MiamiCentral, and towers like Okan Tower, One Thousand Museum, and the recently announced Waldorf-Astoria. 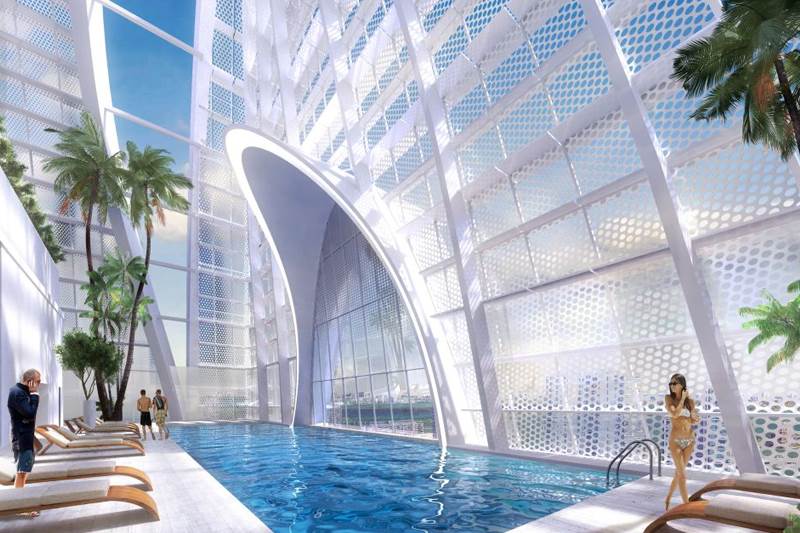 Brickell may be dense, but it can actually be quite hostile to pedestrians. The streets are wider, traffic moves faster, and there is less street-level vitality. Being one of the oldest parts of Miami, with a tight grid of streets, and slower moving traffic, Downtown is more pedestrian friendly than Brickell. It also has a more vibrant street life, with restaurants, retail, and bars lining the streets. 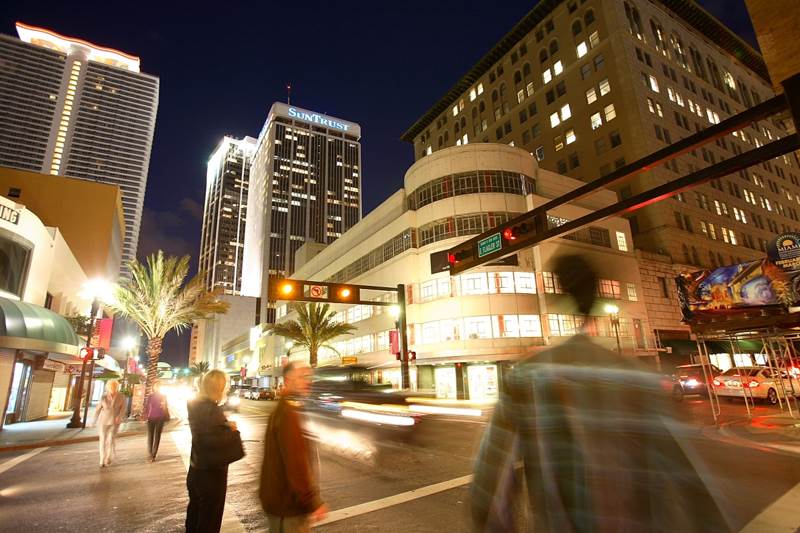 Downtown is Much Less Susceptible to Sea Level Rise

Downtown Miami is on naturally higher ground than Brickell, with much of the central business district an average of eight or more feet above sea level. A sea level rise simulation app available online at the Florida International University GIS Center shows that even with four feet of sea level rise almost all of Downtown will remain dry. 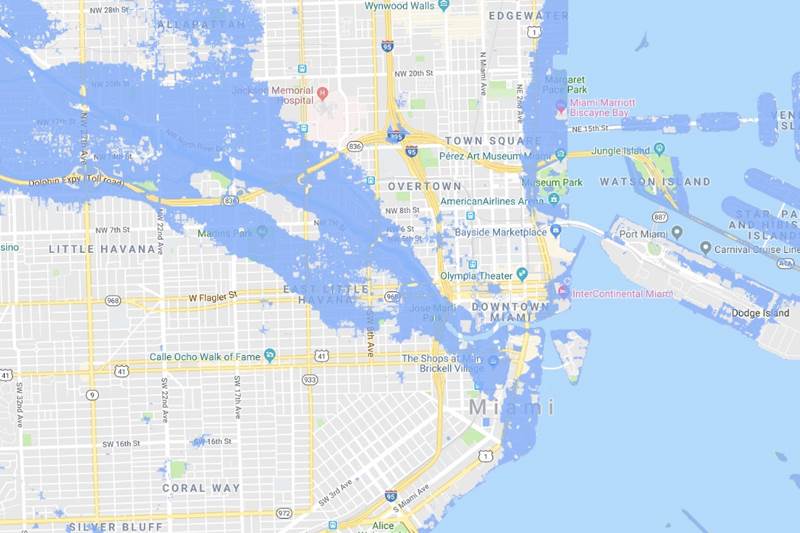