Do Direct Flights Lead to Growth in the Miami Real Estate Market?

It is well known that direct flights lead to tourism growth in destination cities around the world, including Miami. We believe that there is also a direct correlation between direct flights and the expansion of the real estate market in these same locations, particularly in a global, tourism-based city such as Miami.

When someone visiting Miami loves it, and comes back again, and again, they are significantly more likely to consider purchasing real estate here. After visiting, the next logical step is to stay and invest, purchase a second home here, or move here permanently. Future residents are significantly more likely to come if it is fairly easy to do so, and that usually means they are able to take a direct flight. This trend is clear when you consider where Miami’s international buyers are coming from.

Many factors play a role in the likelihood of a tourist becoming a local, but they often tend to be from where parts of the world with easy access to Miami, and easy to enjoy it. Distance, language and cultural barriers, and of course the presence of direct flights are all variables that matter.

When Turkish Airlines launched a direct route to Miami, a broker was quoted in the Miami Herald as saying he saw “…a big increase of Turkish buyers in late 2016 and 2017, purchasing luxury and mid-priced condominiums in pre-construction projects such as Residences by Armani Casa in Sunny Isles, Paramount Bay in Miami, and Icon Brickell; plus less expensive investments, targeting rental income properties in Doral and Weston.”

Along with this panoply of direct flights, South Florida has a wide array of international buyers. It is known as one of the most international and cosmopolitan parts of the United States. However, one presence that isn’t so strong at the moment is China. Over the last few years numerous industry professionals have named the lack of direct passenger flights to the far eastern country as a prime reason for the lack of growth in that buyer demographic.

The Wall Street Journal’s Mansion Global recently reported that this was a very likely reason Asian buyers have never made up a huge proportion of sales in South Florida.

Vanessa Grout, President of the sales and marketing arm of CMC real estate, spoke to Mansion about her sales efforts with Asian buyers for CMC’s latest Miami project, the Brickell Flatiron tower. “I went on four trips to China, and we did see a few buyers from there,” she said, “but it was more of a hope that didn’t unfold the way we anticipated it to.”

Although in 2015 Miami International Airport was ranked as the top 15th in the United States with Asian traffic, all without a direct flight to that continent, very little of that traffic stayed to purchase property here. Without a direct flight, Asia may continue to be the highly expected market that fails to materialize.

Luckily for that segment of the market, Miami International Airport is looking to add direct flights to Asia within the next two years. The airport is directly soliciting carriers like Japan Airlines to add direct routes to major asian destinations like Tokyo. 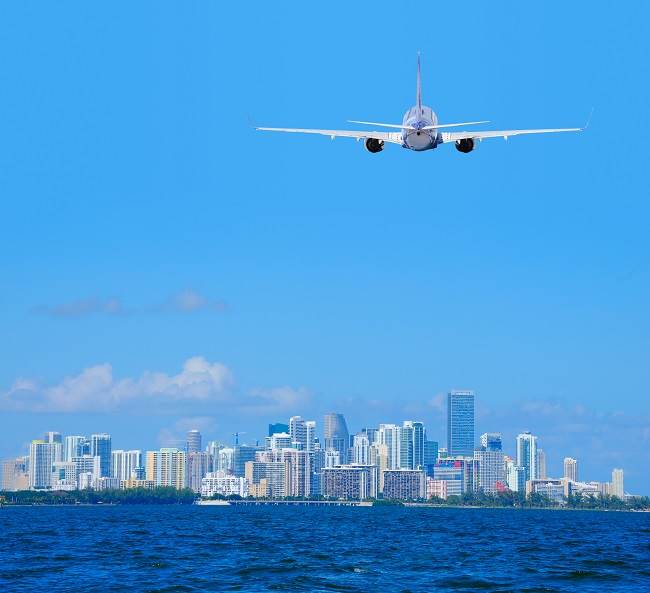